The latest episode of ‘Auto Aficionado’ features a one of the most iconic and memorable movie cars of all-time, the DeLorean DMC-12.  This 1983 model belongs to Michael Borthwick, a member of the Official DeLorean Owners of Canada (ODOC). 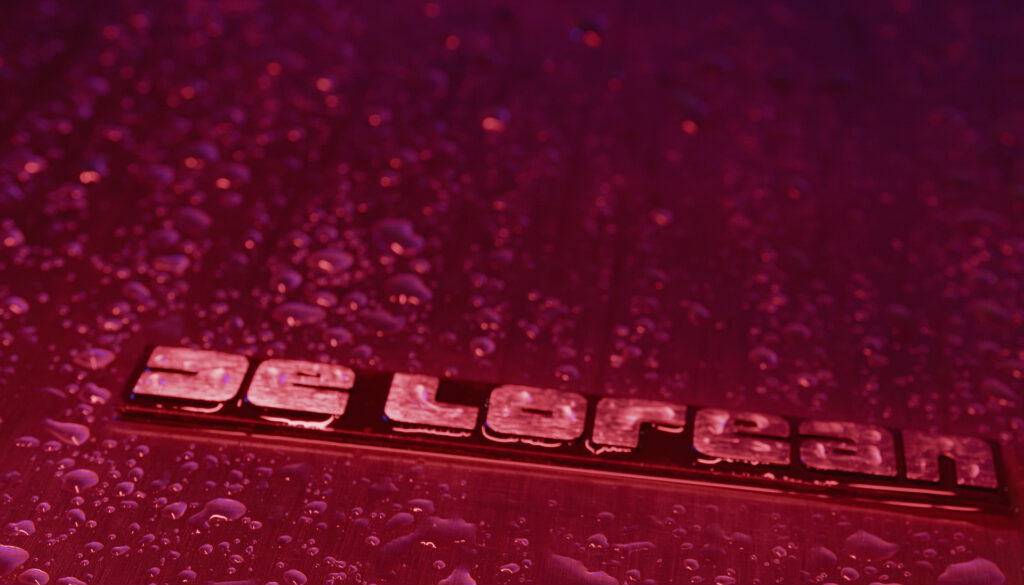 When most people lay their eyes on the DMC DeLorean they cannot fully separate their personal impression from the fictional movie franchise in which it plays such a vital role. What happens when one looks at it without that context, though? At its heart, the DMC DeLorean, or the DMC-12, is a moonshot. It’s a full-fledged attempt at ultimate stardom. It’s not a sports car, and it can barely be considered a grand tourer, but that doesn’t change how special it is. And it’s special regardless of any film it’s ever been featured in.

While the DeLorean has a massive draw for those in the film business or fans of science fiction, Michael Borthwick who himself is a production designer and illustrator, had different reasons for his purchase.

“I guess I was about 45 when I decided I wanted an older car that I could restore, something that would preserve a bit of history,” says Borthwick.

“I started looking and kept seeing variations of the same theme – Mustangs, Corvettes, Chevelles – and wanted something that was completely different. I looked at a Lotus because I like the old ‘James Bond’ movies, but heard they’re kind of problematic, and you’d need to have a lot of mechanical experience. Then I remembered the DeLorean. After two years of looking for one, I found it in the Autotrader at this little place in Vaughan (which has gone out of business). 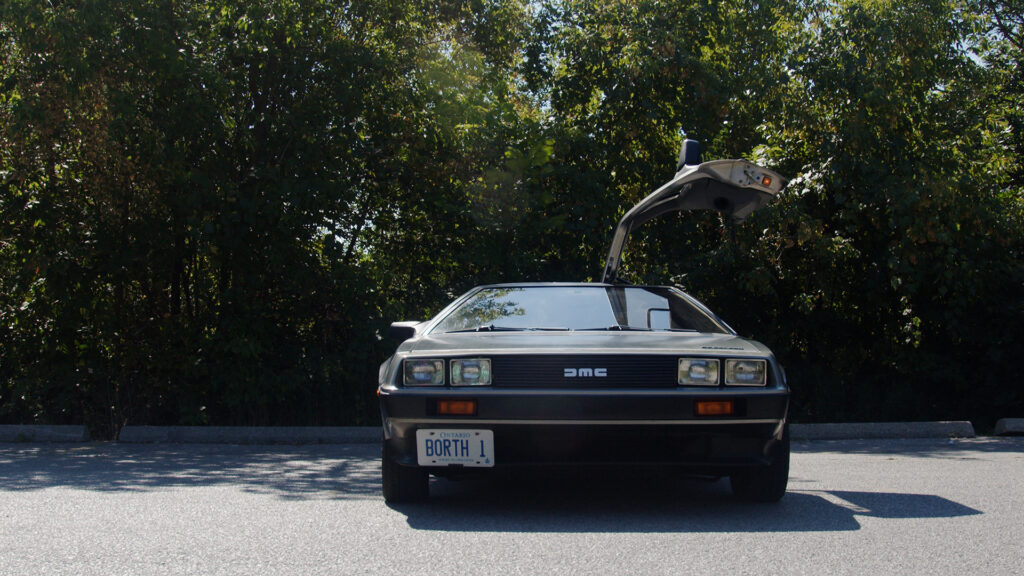 Underneath the DMC-12 lies a Lotus-developed backbone chassis. In fact, it’s the same backbone chassis that was used in the Lotus Esprit of the same time period, with Colin Chapman himself having a hand in the project. The DeLorean also uses the same suspension from the Esprit. That makes for a great start, but where things get a little different is under the engine cover.

The engine is also famous. Known as the Peugeot-Renault-Volvo V6, it found life in many cars, including the Alpine GTA Turbo. In the DeLorean, though, it arrived without the added boost. Unlike the Alpine, which made around 200 hp, the heavier DMC-12 had to make do with just 130. Depending on the configuration, the stainless-steel-bodied car weighed anywhere from 2,782 pounds all the way up to over 3,100.

Power is sent to the rear wheels only via either a three-speed automatic or a five-speed manual transmission. This car is outfitted with three pedals and a stick, and that’s the way to get it according to the owner. He’s driven the auto and tells me that it struggles to really put the power down with fewer cogs available.

The way the door opens with a satisfying “notch” noise is rare these days, and it reveals a carpeted and gray interior that immediately shouts the era in which it originated. Closing the door requires a bit more muscle than modern supercars. Nevertheless, there’s a newness inside that has been forgotten. Unlike many vehicles of the same age, the switchgear and layout feel more modern, more refined, and more dignified than many of its contemporaries. In addition, the DMC-12 doesn’t fall into the trap of trying to overcomplicate every operation. 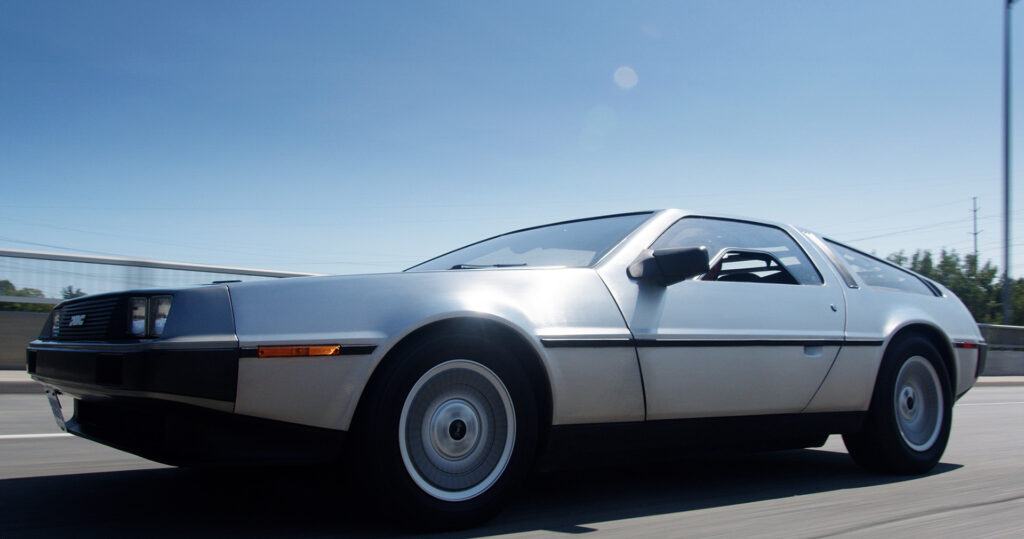 There’s so much more to the outside of a DeLorean than most folks realize. Yes, the stainless steel is heavier than some small moons and other than the three golden cars, they were all identical in color and finish. What most don’t know is that the grain of the stainless matters. Look closely, and you’ll notice that there’s a subtle but visible pattern to the way the stainless is finished. Should someone try to clean it with something as abrasive as a ScotchBrite pad, it will do serious damage. The only saving grace is something the DeLorean community resorts to call “re-graining” the surface. That’s an intensive and expensive proposition that this car has avoided thanks to outstanding care from its owner.

Once moving, the engine is responsive enough that it’s easy to see how one could really enjoy this car day in and day out with supercar levels of performance. It’s comfortable over bumps and bruises in the pavement, and on open twisty roads it gets along without incident. Performance just isn’t what the DeLorean is about. It’s meant to be the coolest cruiser on the road.

When was the last time you did something with giant, wild expectations that didn’t work out quite the way you had hoped? In many ways, that’s the DeLorean. No, this isn’t the way John hoped things would go, but here’s the unequivocal truth: the DMC-12 is a car that transcends regular automotive circles. It drove companies to work harder to compete. And at the end of the day, it remains one of the most underappreciated and undervalued automobiles ever produced.

You can see, hear, and feel what makes this car special in the latest episode of ‘Auto Aficionado’ here: https://youtu.be/davYC5oXj6Y